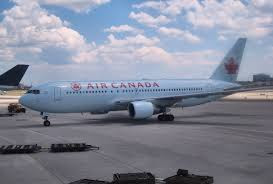 Today, July 31, Linda -- her sister Vickie -- and I began  our trip to Tel Aviv for a 3 week stay. We had made reservations on Air Canada weeks ago. As the day finally approached, we arrived at LAX International Airport at 6:30 a.m. for an 8 a.m. departure. Things were going great. We arrived early, had a nice breakfast at an airport deli and boarded the Air Canada plane on time. We departed "right on time" and settled in for a nice ride to Toronto -- the first leg of our journey.

About 5 minutes into our "flight" -- we were taxing along the airport to the runway -- the captain announced that "Ladies and Gentlemen, we're going to shut down engine #1 and restart it. A computer needs to be re-booted"!! OK. Right. I noticed that, after about 10 minutes, the engine hadn't restarted. I mentioned to Linda that we were in for a ride "back to the gate". And, as it turns out, we were. The Captain again announced that there was an engine part needing replacement and there would be a 2 or 3 hour delay.

OK, I thought. Better on the ground than in the air.

The Air Canada counter crew were hard at work and we were soon "rerouted" to JFK and then on to Tel Aviv via Delta Airlines. Oh, but wait. We had to return to check-in, claim our baggage, make our way to the Delta Terminal (3 terminals away), check in at the ticket counter again, check our bags, go through security and make our way to the gate!!! 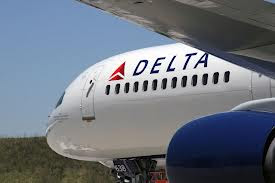 I must say, everyone was very friendly and helpful. We finally found our way to the Delta flight and spent the next 4 1/2 hours crossing the country to JFK. Once on the ground, a gate change occurred and were not able to deplane the aircraft for about 15 minutes. Since we had an hour to make the flight to Tel Aviv, I was thinking about the tight time-frame getting from gate to gate.

Finally leaving the plane at the gate we found the new Delta gate. It wasn't very far away -- and, as luck would have it, the plane to Tel Aviv was delayed for an hour. Maybe a bit more. So, instead of getting into Tel Aviv at 11 a.m. and having plenty of daylight to find our way to Jerusalem, we are scheduled to arrive at 5 p.m. Still plenty of daylight I would think. But later than we would like.

So -- that's the adventure so far! I can only think that it's great we're experiencing all these "glitches" at the beginning of the trip, and that the rest of the visit to Israel will go smoothly.

What do you think??

5:30 p.m. Local Time, Israel. The saga continues!! As we arrived in Tel Aviv, we noted the beauty of the countryside and airport. Once the plane was at our gate, we made our way to "baggage claim" We figured we'd be in a cab for Jerusalem in 15 minutes or so. Well, it didn't happen that way. After Vickie and I collected our luggage, we heard Linda's name called over the p.a. system -- she was asked to report to "lost and found". It turns out her bag never made the plane for Israel and was still in New York!! We were assured that her luggage would be delivered to our lodgings on Monday.  Hey, we believe 'em. Don't you?

Finally, at about 6:30 or so, we made our way through customs and out of the airport looking for transportation to Jerusalem. We found a cab, the driver's name was Moishe, and we had a enjoyable 40 minute trip to the "Old City". Our driver spoke excellent English, and we learned about his family, the country and himself. We're staying in a cute B&B just a few yards from the Jaffe Gate itself. The "Old City" has seven gates surrounding the ancient walls.

The Old City of Jerusalem covers less than 1/2 square mile inside the modern city itelf. The Old City dates back to before King David's conquest of the city in the 11th Century B.C.E. So, over the next few days we'll be walking the old, and new, city of Jerusalem. There are so many things to do and sites to see.

And, of course, things will get smoother and smoother for us!! Right? RIght!